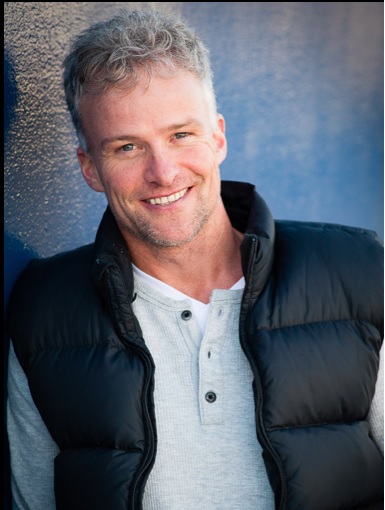 Matt is a ball of insatiable energy that reminds us all why we love life. Born a month early on January 19th 1968 in British Columbia, Canada, he’s been running with a spirit for life and
people ever since.

In 1989, Matt’s career in voice over took off, winning the title role to play the voice of “Kevin” in Captain N the Game Master for NBC. That first magic studio experience blew the doors wide
open to the world of cartoons. For 37 years he’s made millions of kids laugh around the Planet, being the voice behind characters like: “Ed” on Ed, Edd and Eddy, Cartoon Networks highest
rated series of all time, reprising his role on another Turtles project – voicing “Raphael” on Fox Kids – “Turtles the Next Mutation.” He’s been the voice of “Tender Heart” on the “Care Bears,”
“Metal Head”on “GI-Joe Extreme,” “Finn” on “Storm Hawks” and recently got to lend his voice to the classic children’s story of “Peter Pan” voicing “Peter.”

Matt played the voice of “Ton Ton” for 78 episodes on the Dream Works – Netflix series “Dino Trux.” And was nominated for An Emmy Award. He plays Soarin’ on “My Little Pony”, “Tyler”on
“Super Noobs” –“ the voice of “Tach” on Kate & Mim Mim”, “Korey”on YTV’s “Being Ian”, ” ”Skeebo” on “Pac-Man and the Ghostly Adventures.” And landed the title role of “Kom” with English screen legends, Sir John Hurt and Michael York in the animated feature “A Monkey’s Tale.” Matt has also lent his voice to some of the world’s most popular Anime characters such as:
“Kira” on Gundam Seed, “Kero” on Cardcaptors, “Ironhide” on Transformers, “Bankotsu” on Inuyasha, “Ryo” on Ronin Warriors, and “Kevin” on X-Men. He’s just completed recording a new
52 episode Anime series “Beyblade”.

Some of his most memorable roles have been in films like: Shanghai Knights, playing Jackie Chan’s deputy, Titanic-the mini-series with pal Berry Pepper, A Monkey’s Tale with John Hurt.
Speaking of hurt, Matt had his heart ripped out after kissing a beautiful Vampire named Angie Everhart in the movie, “Tales From the Crypt”. Using his love of athletics, Matt jumped into the
role (and suit) as everyone’s favorite Turtle in the half shell, “Raphael”, in Teenage Mutant Ninja Turtles III. As well as, Steven Spielberg produced mini series “Taken”, playing whacked out
Vietnam Vet, “Willy”.

Run for One Planet BIO

The dream to inspire through running first landed on Matt’s shoulders while on a flight to Detroit in late 2006. At 28,000 feet above the ground, he received answers to questions he’d been
asking since seeing his childhood hero, Terry Fox running his marathon of Hope across Canada.Together with his friend and run partner, Steph Tait, they decided to inspire an entire
continent and realize this dream in a way that had never been done before; by running around it. They founded Run for One Planet (http://www.runforoneplanet.org/) and for the next 18
months trained their bodies, built the team and raised sponsorship support. On May 4th 2008, they hit the ground running and the first of many steps. In 369 days they ran 11,000 miles
across Canada and around the perimeter of America, to inspire a continent of kids big and small, to make one small change for the health of our Planet, one step at a time.“We completed
the final marathon on May 8th, 2009 and realized a long held dream, to be escorted across Vancouver’s famous Lions Gate Bridge under full police escort. The Mayor of Vancouver
proclaimed May 8th as Official Run for One Planet Day in the City of Vancouver and told us we’d become the first couple to run around North America. We smiled, unlaced our 30th pair of
destroyed Asics running shoes and totalled the tour like this:”11,000 miles ran
420 marathons collectively
3 million calories consumed and burned
22 million, four thousand steps taken collectively
369 days on the Run for One Planet highway
50,000 kids reached
220 school and community presentations
$130,000 raised for the “R41P Kids” fund which grants kids “green dreams”. (http://
www.runforoneplanet.org/donate.php)

Cleaned our beloved eco-home-on-wheels, Racy Verna. (http://www.runforoneplanet.org/erv.php)
Reflected on the hundreds of “Local Hero’s” who helped us move forward, including our 30+ army of volunteers; the “Run For One Planet Dream Team”
In 2016 Matt and his tour partner Stephanie Tait were awarded the “Governor General Meritorious Service Medal” for the positive impact the tour had on the children of Canada they
presented to.